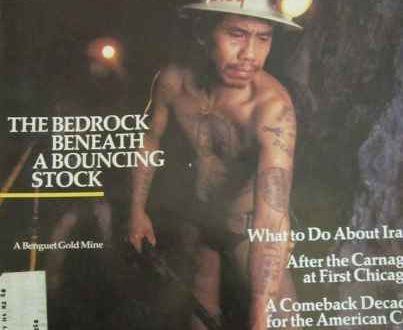 Medical economics was never one of the subjects at which the American people excelled, and we have this uneasy feeling that the tutoring they have lately been getting on Quincy will leave them even more added. Quincy, for those of you who forgo prime-time dramaturgy, is a TV series whose central character is a socially conscious and therefore chronically outraged pathologist named Quincy. That is why the program is called Quincy.

The occasion for outrage on an episode shown several weeks ago was all too familiar. Once again, old Quince – as he is affectionately called by his young Chinese-American lab assistant – is obliged to contemplate the fact that some people in this world are always out there trying to augment net worth. Specifically, they run private profit-seeking hospitals that fail to provide adequate care for the poor and needy. Making matters worse is the fact that socially retrograde voters are forever cutting back on the funds available to public-sector operations like the Los Angeles county coroner’s office, where old Quince works. The episode that assails the private hospital also has an affecting bit in which a coffee maker is taken out of the pathology office. (“Its got to go, Quincy. Recent cutbacks from that new tax law.”)

Some of the points made about medical practices in the private hospitals may be thought of as no more than old-fashioned mustache-twirling villainy. We are shown hospital administrators hardheartedly evicting an uninsured skid-row bum who will surely die if not treated immediately. Later, we are shown a poor Hispanic kid also being evicted and also dying in consequence.

Unfortunately, the producers are unwilling to settle for melodrama and keep trying to say something serious about the underlying issues in hospital care. What they mainly have to say, it turns out, is that economics is bad for you. At one point, defending his people-oriented approach to medicine, Quincy refuses to acknowledge that providing more services to insured patients would mean higher insurance premiums. “You see, ” our hero sarcastically replies to this proposition, “I flunked Business Management I and II.” On his way out the door, Quincy picks up a newspaper that is called the World Exchange but looks exactly like the Wall Street Journal and throws it at the feet of the private hospital manager, meanwhile snarling, “Start your day off right, Doctor!”

As we approach the sixty-minute mark, Quincy is predictably vindicated and the nasty person who runs the private hospital gets his comeuppance. He gets it in a people’s court identified as a Health Planing Board meeting, where the cast of characters gasp in revulsion and unison at the revelations about the hospital’s management. The crusher is some testimony delivered by a former nurse about “shoddy methods” at the private hospital. Asked by Quincy to elaborate, she deposes that “the major thrust of any procedure was to do it in a cost-effective manner.”