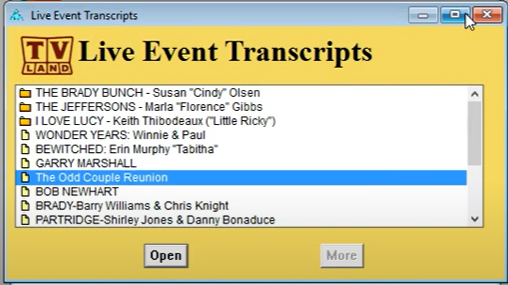 In case you might have missed Nick-At-Nite’s “Odd Couple On Ice” Marathon this past summer, here’s the transcript from the June 3, 1997 America Online Chat with Jack Klugman and Tony Randall!